Burak Kaymakci
A life-long student who loves programming languages and the ones we speak.
Home How Ecto infers field types from a changeset or a schema struct
Post
Cancel

I was wondering how Ecto.Changeset.cast/4 function casts attributes from a map into their approriate types in the DB since we do not provide any information about the types explicitly.

To show you what I mean, we are going to create a Phoenix app called God with only a Human schema so we can create, read, update, delete a Human (wish it was that easy lol).

If you already know what I mean then you can basically skip to the breakdown.

After our project is created, and we ran mix ecto.create inside the project directory we need to generate our controller, view and context for Human to be able to CRUD Humans.

Basically our Human will have a name, surname and we will also have a utc_datetime for them to_be_born_on, an age_to_die_at and finally whether they will_get_married.

After we follow the instructions given after running mix phx.gen.html above we will have a working God app. :D

So when we navigate to http://localhost:4000/humans/new we get the form below to create a human. 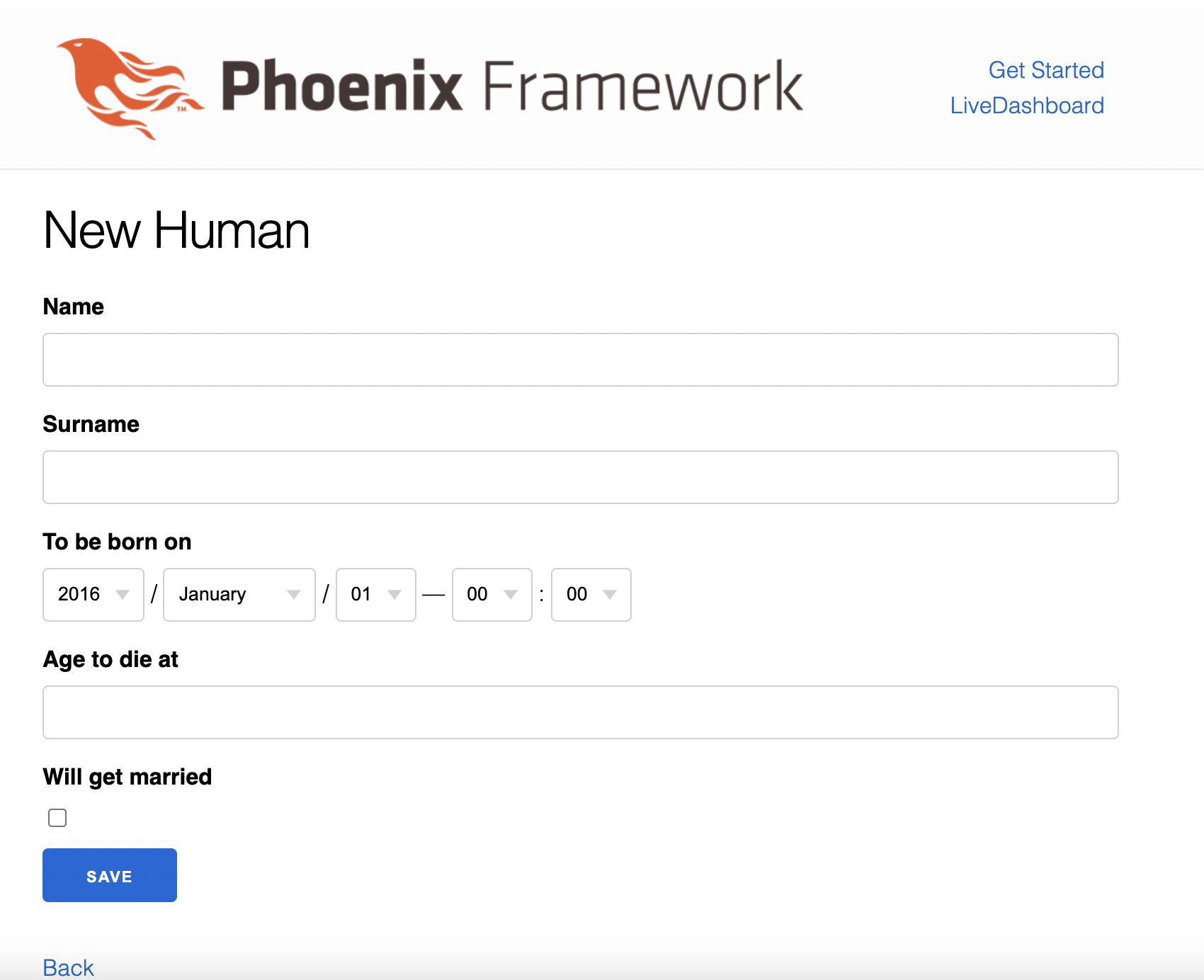 After we fill in the details in the form and click the save button, our request follows a path of

Below you can see the code for HumanController.create/2 which gets run eventually,

which in fact calls a function Creature.create_human/1 which you can see below.

This function also calls Human.changeset/2 which you can see below.

and inspect the attrs map. We will get:

As you can see all the values are of string which is what we can only get after a form submission anyway.

If we also inspect the human after the piping we get the changeset below.

In the case, when you pass a schema struct to Ecto.Changeset.cast/4, it turns out that there’s a __changeset__ function you can call on a schema struct which will give you

and this __changeset__ function gets injected by a private schema/4 function which is called by schema and embedded_schema macros. You can take a look at them on GitHub.

If you further inspect the Ecto.Changeset.cast/4 function which accepts a struct, you will see that the __changeset__ function is being used like so:

If you create your own struct and try to pass it to Ecto.Changeset.cast/4 you will obviously get an error.

You don’t always need a schema struct or an Ecto.Changeset to be able to use cast/4. As you can see in lib/ecto/changeset.ex

You can just pass a tuple consisting of a data map and a types map which has the types of the values like so:

There’s subtle difference between Elixir boolean operators. Namely between or and ||, and and &amp;&amp;, not and !. These operators expect true or false as their first argument: a or b # true if ...

Programming Phoenix 1.4 | How do the websockets connect only on the video page

In the book Programming Phoenix 1.4, we are creating a web application where users can annotate YouTube videos and annotations get brodcast by WebSockets to all the users that are on the same video...

Lazy way to insert debugging code for Elixir in Vim